With the Boniviri project, those who produce and those who consume consciously choose to preserve the values of the territory, local assets and protect the environment.

With the Boniviri project, those who produce and those who consume consciously choose to preserve the values of the territory, local assets and protect the environment.

Agriculture in the desert: a possible solution to the food crisis

Agriculture in the desert: a possible solution to the food crisis How to use deserts, seawater, and solar energy to produce food, water, and clean energy

To date, 80% of the available freshwater is used in agriculture. When we reach 10 billion people in 2050, how will we produce food in a way that doesn't harm the planet?

According to an estimate by the World Health Organization, by 2025 half of the global population will live in water-stressed areas, where the demand for usable water will exceed the available supply, putting the survival of millions of people at risk.

What if there was an infinite source of water that we could use for agriculture, thereby increasing food production without further depleting planetary resources? According to many innovators, the solution to the water problem has always been there, at our disposal: seawater!

The idea is to use what we have in abundance to produce what we need. Deserts, salt water and sunlight are then used to produce food, water and clean energy.

The seawater greenhouse, created by British inventor Charlie Paton, is a facility where an innovative solar-powered desalination system uses seawater, piped directly from the sea, to cool and humidify the air, while the water vapor produced by solar heating is distilled to produce water.

This system allows to maintain inside the greenhouse a temperature up to 15° lower than the external one, recreating the ideal conditions for the growth of different varieties of fruits and vegetables. The need for water is reduced by 90% and, in case a higher quantity is needed, desalinated sea water is used.

Another particularly interesting aspect is that the residual water vapor creates an oasis effect outside the greenhouse as well, making it possible to revegetate the surrounding areas. "We want to green the desert," says Stake, manager of the Sahara Forest Project. "The larger areas we manage to green, the more carbon we would store in the soil." In this way, the greenhouses can become a key part in an even more ambitious project, which aims to reforest entire desert areas, primarily the Sahara. 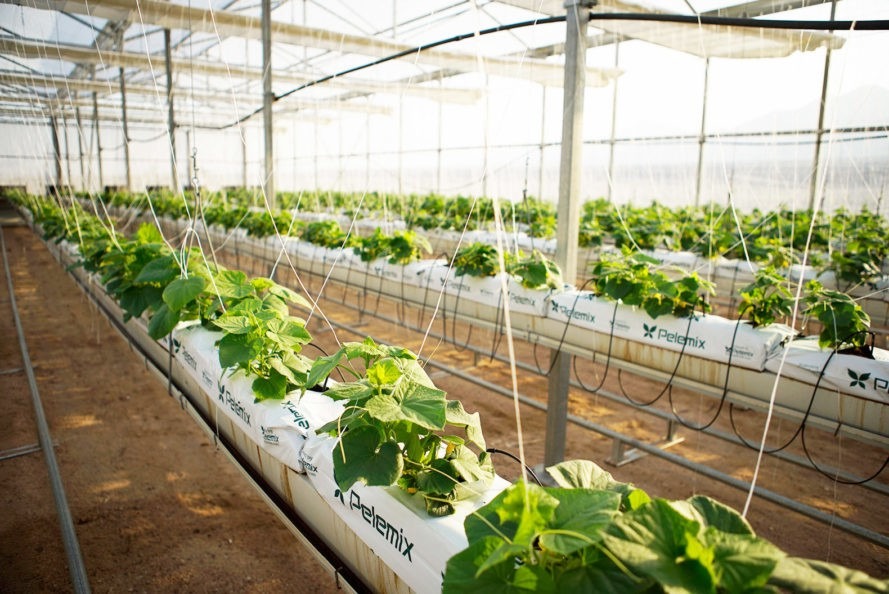 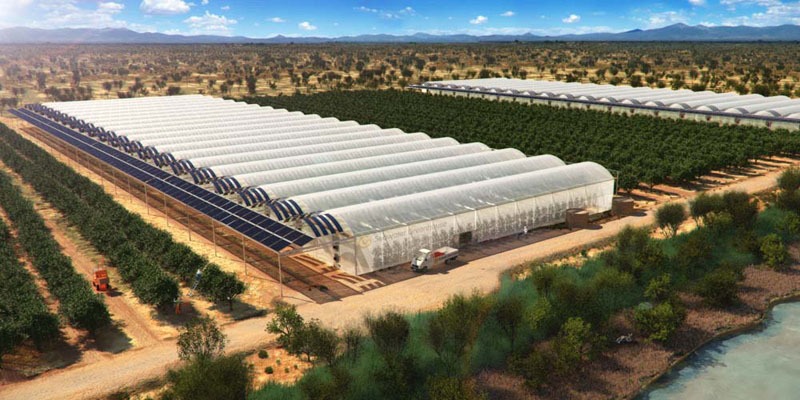 The results are promising

In Port Augusta, in the South Australian desert, there is Sundrop Farms, a saltwater greenhouse that produces 17 000 tons of tomatoes per year, thus covering 13% of the Australian market. The facility is completely energy self-sufficient thanks to 23,000 solar panels, which produce the energy needed to desalinate the seawater.

The advantages are numerous:

- The only water used is that which comes from the Gulf of Spencer, or directly from the ocean

- Production is continuous: in the warmer months, desalinated water keeps the greenhouse cool, allowing the tomatoes to grow, while in the colder months, the structure is heated thanks to the sun's rays.

All these elements make seawater greenhouse cultivation extremely resilient to any kind of external condition, avoiding several problems of today's agri-food industry, one of them being price volatility.

During the last decade seawater greenhouses have been built in Somalia, Jordan, Oman, Tenerife and Abu Dhabi. All of these areas are extremely arid and depend heavily on imports of foreign agricultural products, often on less than favorable terms. This type of innovation can be the starting point of a path towards greater domestic production, which has always been limited due to the scarcity of water resources and poor soil.

Seawater greenhouses are one of the most effective weapons at our disposal to avert a global food crisis. Today, 80% of freshwater is used for agriculture and with a population of 10 billion expected in 2050, urgent action is needed to reduce this consumption. The concept of arable land will need to expand to include deserts and the driest areas of the planet. These could become the key to a more sustainable and equitable food system. 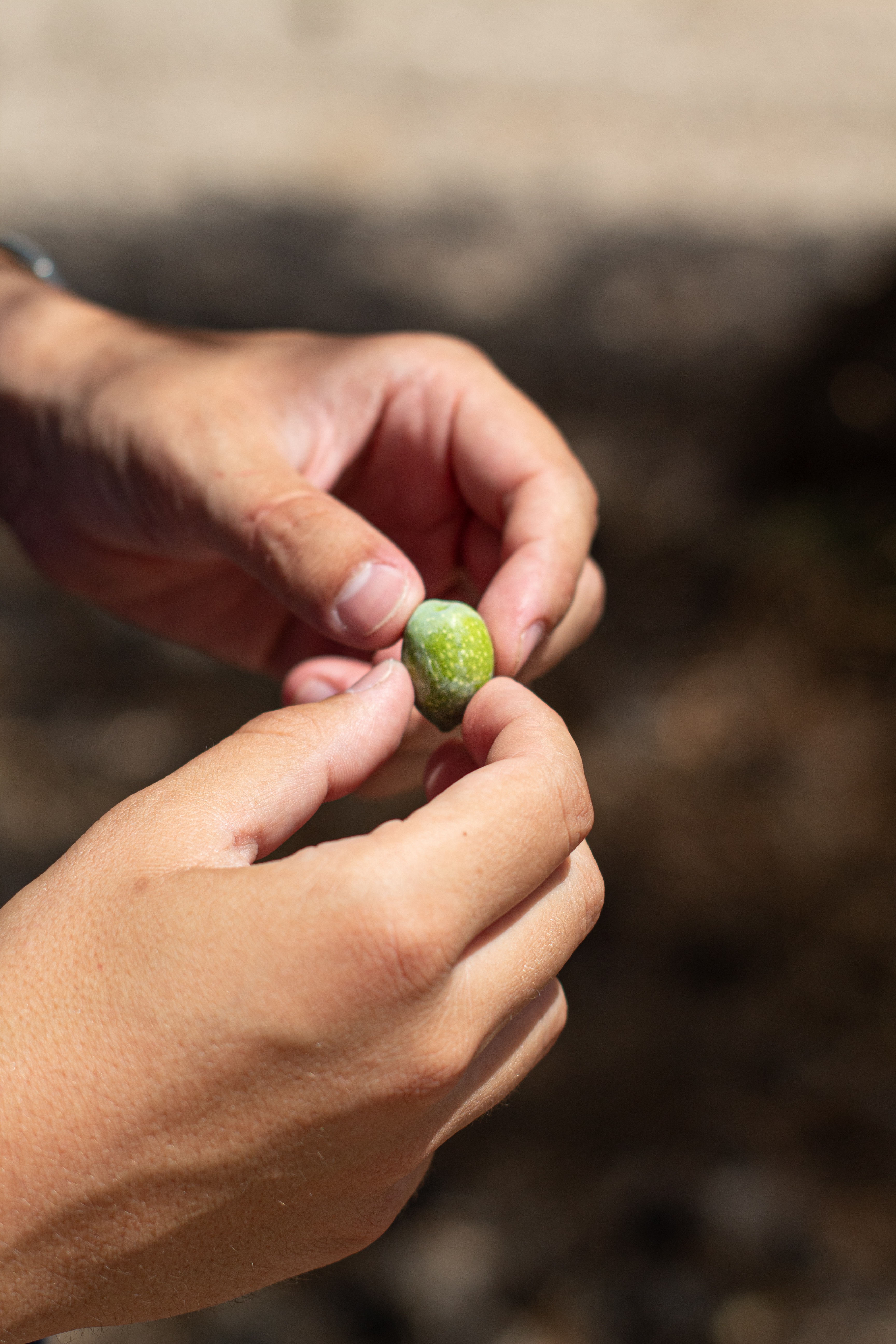 A choice of value

A choice of value

We started from one consideration: the purchase of a good extra virgin olive oil is first of all a choice of value.

Stay up to date on all Boniviri news and products